A proposed new law which came about in response to death threats published on a social media site this summer against lesbian activist Cathy Brennan was introduced in the Maryland House today.
House Bill 8, introduced by Delegate Mary Washington would amend Criminal Law Section 3-805 concerning Harassment via Electronic Communication to include harassment via electronic communication other than email.
This law will correct a prosecutorial gap in Maryland’s criminal code which became evident last summer when Kentucky Fairness Campaign’s Anthony Casebeer and blogger Monica Roberts posted death threats against Ms. Brennan on Facebook with the following exchange:
Casebeer: “Pimp slap is not enough here: a nice home run swing to the head with a 38-oz Louisville Slugger is more in order. There’s no brains in her head to destroy to start with. It’s personal, and if I ever saw her in my windshield, I’ll be wiping blood off my white Buick. But I won’t be using the brakes.”
Roberts: “and add a silver stake through the heart for good measure?”
Casebeer: “Now that you mention it, I have a nice sharp double-bitted axe in the tool shed….”
Roberts: “where’s Garth and the Capital One Vikings when you need them?”

Because of the gap in the Maryland criminal code Casebeer and Roberts escaped prosecution. The new law will enable the judiciary to impose misdemeanor conviction including imprisonment and fines for the first offense and up to three years imprisonment for subsequent convictions.

From Delegate Washington’s remarks:
“For the past 3 months, I have been working with Delegates Sandy Rosenberg and Luke Clippinger to develop legislation that would amend Maryland law by broadening the types of communication that are covered under harassment statutes. Maryland’s existing electronic harassment legislation was last updated in 1998 and applies only to “electronic mail” (email) that is sent and received by an individual “identified by a unique address”. By changing the language from “mail” to “communications” and striking the requirement that these communications be directed towards an individual at a unique address, “texts” will be covered and possibly direct communication from social media and networking sites.
Thirty-eight states, including Maryland, have enacted laws to sanction electronic harassment. Of those states, more than half (22) include language that is broad enough to include most forms of electronic communication. Maryland’s neighbors- Virginia, Pennsylvania and Delaware- all have electronic harassment laws that pertain broadly to most forms of electronic communication.
In developing this bill, we’ve solicited the technical advice of the Attorney General’s office to ensure that we address concerns about the protection of free speech under the First Amendment. As we all know, verbal and oral communications can be considered as speech that is either “protected” or “unprotected” based on a number of criteria. These criteria include a distinction between public and private forums. The challenge that we must address is that many of the newest technologies are, by design, intended to publicize interpersonal communications. For example on Facebook walls, photo album “tags”, blogs, posts and threads make public the individual to individual exchange of words and blur the lines just enough to allow individuals to use these to harass, intimidate and bully.
Despite these challenges, it is in the interest of public safety, that we take this clarifying and significant step to close this legal loophole in our harassment laws that allows perpetrators to evade prosecution and leaves Marylanders unprotected.” 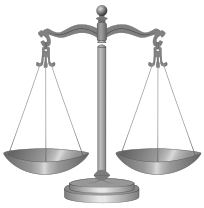