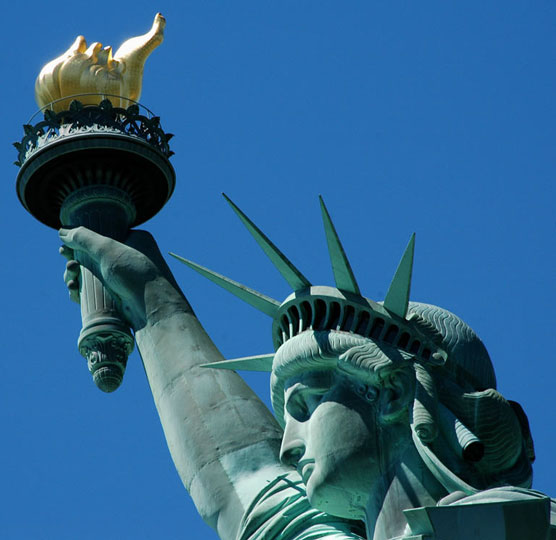 The National Center for Transgender Equality is set to roll out their National Transgender Discrimination Survey Report tomorrow, with all the media fanfare they can muster. Titled “Injustice At Every Turn” the survey of 6,500 trans people tracks the feelings of transgender people and whether they feel discriminated against in areas of healthcare and plastic surgery access, workplace discrimination, public treatment, family approval, ability to obtain fictional legal sex markers, discrimination of criminals being jailed with those of their own sex, etc. The NCTE put out a call months ago for amateur trans activists who can present sympathetic anecdotes of their victimization that the public will easily empathize with. But they’re really doing trans people no favors.
The report’s not yet been released but I already know what it says. I know because I listen to the feelings of trans people, all the time, not just when they are surveyed. And the vast majority of trans people DO FEEL victimized.
Transgender males feel victimized by females who choose to congregate among themselves. http://anarchistnews.org/?q=node/11968
They feel victimized when they are forced to cover up their breast implants in public like females.  http://www.myfoxdc.com/dpp/news/national/police-reportedly-ask-transgender-topless-sunbathers-men-to-put-tops-back-on-060110
Transgender male criminals- including rapists and murderers- feel victimized when they are not incarcerated in women’s prisons.   http://www.thisislondon.co.uk/standard/article-23740460-transsexual-killer-can-go-to-womens-jail.do
They feel victimized by those who don’t want to have sex with them.  http://community.feministing.com/2010/07/18/i-wouldnt-fuck-a-trans-person/
They feel victimized by little girls, “seething with anger” at little girls in public.   http://www.bilerico.com/2011/02/give_me_back_my_girlhood.php
They feel discriminated against when national health insurance won’t pay for their breast implants.  http://www.dailymail.co.uk/health/article-1343025/Transsexuals-fight-implants-lands-taxpayer-18-000.html
They feel discriminated against when they can’t live with teenaged girls in dorm rooms. http://www.dallasvoice.com/watch-transgender-woman-sparks-uproar-moving-allgirls-dorm-texas-1060957.html
They feel discriminated against by journalists that refer to them by pronouns that accurately report their sex   http://transequality.org/media.html
They feel victimized by “male exclusion” at women’s colleges.   https://floodsrollback.wordpress.com/2010/12/10/womens-college-without-boys/
57 year old males feel discriminated against when they want to start a late-in-life professional sports career in female sports   http://www.youtube.com/watch?v=qwNMzlp0CJM
I could go on and on of course, but you get the point. If we listen to transgender people we will hear that they feel victimized.
And it’s all totally unnecessary.
99% of the victimized feelings of transgender people are caused by unnecessary, un-scientific, discriminatory laws that were enacted years ago when transgenderism was rare and little understood. These laws were actually enacted in an attempt to help trans people integrate, but they have had quite the opposite effect, and actually CAUSE most of the victimized feelings that trans people suffer with. The laws I refer to are those that enable the government to issue legal false gender markers.
When governments create these sort of institutionalized fictions (“males are female” for example or “blacks are white”) it creates all sorts of disastrous real world results when that fiction bumps up against non-fictional concerns. Such as medicine, statistics, science, minority rights, criminal science, biology, freedom of association, etc. And it undermines the equal rights of all people, including those that are transgender. If the government is going to issue false sex identifications to people who “feel like another sex” then to require individuals to undergo surgeries and hormones to obtain those fictional government papers is a violation of the Americans With Disabilities Act. If the government is going to issue false ID’s they ultimately have to offer them to everyone. Which ultimately renders the purpose of gender identification in government matters (such as medical research funding, statistical data collection, etc) meaningless. These government-created legal fictions are responsible for the vast majority of victimized feelings among transgender people and can easily be reversed by eliminating fictional legal gender markers. It’s a matter of fairness and equality. We know now that there is no such thing as a “sex change” and governments should not be invested in promoting scientific fictions. Not creationism, not religion, not “personhood” for corporations. Government statistical markers should be objective, not imbued with religion or fantasy. When the census tracks how many females are employed in technical fields, let’s see real statistics on women. When governments subsidize women’s health initiatives let’s have those resources go to females. When the government legislates TitleIX funding for female sports, let’s see it’s females that receive that funding. Government funded medical research should be based on science, not fiction.
Government sponsored fiction in legal sex markers is discriminatory against trans people. It forces them into situations where they are discriminated against by scientific fact. It invisibilizes them and denies the reality of their very physiology. It renders them statistically non-existent. It causes discrimination.
It’s time for our government institutions to put an end to this victimization of transgender people by eliminating fictional legal gender markers. Contact your Senators and Representatives today and tell them it’s time to put an end to legalized Fictional Gender Markers.
http://www.senate.gov/general/contact_information/senators_cfm.cfm
https://writerep.house.gov/writerep/welcome.shtml