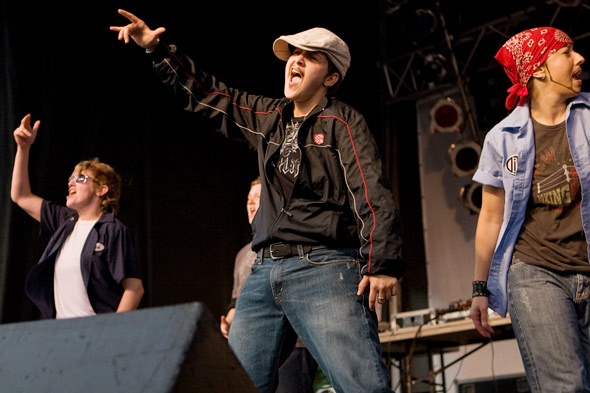 The whole appeal of drag is that it draws back the veil and reveals the extent to which gender is a theatrical, constructed act under patriarchy. And the construction of “male” is not that theatrical because there is much more freedom from performance in being male.
”Not giving a shit” is male. The body as object and currency is what it means to be female. A woman who does not give a shit lacks social currency.
Hence the body dysphoria among females of all orientations and ages splashed across the covers of “women’s” magazines in every supermarket, and filling the appointment books of plastic surgeons.
Men don’t wear face paint and try to present their bodies as hairless and odorless. They don’t do much but sink back and relax in a comfy seat of privilege. Males don’t perform. The enactment of self-interest lacks the theatricality of a spectacle constructed and exhibited to serve the male gaze. Drag Kings only entertain those so far removed from privilege that the performance of “not performing” is transgressive.
Now that women are performing their own drag and performing female glamour ironically with a wink and a nod (Madonna, Gaga) the whole future of drag has been thrown into question as a dying art – the women drag queens emulate remain frozen in a historical time (Liza, Cher).  Drag queens have always had a sort of “Aha” moment, a “Hey, I’m a Mannnn!” reveal, something never featured in drag king performance.  Drag queens entertain by displaying a studied consciousness of female performance, drag kings by displaying a… lack of female performance.
Lack of performance has never been a font of great theatrical appeal.